Here’s a quick look at using Git and Markdown. Git, in short, is a version control system that’s meant for handy tracking of changes and work coordination. Markdown is a markup language with plain text formatting syntax. It is designed so that it can be converted to HTML and many other formats using a tool by the same name. In the following task, I’ll use both of these in a brief fashion.

This post is part of a server management course I’m attending, taught by Tero Karvinen.

The markdown version of this report can be found here: https://github.com/oliverlahti/markdown/edit/master/README.md

In an earlier task I made a repository on my Github account, called “school“. In this, I placed a “high.sh” file that included a local saltstack state.highstate command, to be executed with bash. The top file uses a state that creates an empty text file. I wanted to clone the repository to my virtual PC, so I used the command “sudo apt-get install -y git” and “git clone https://github.com/oliverlahti/school” to install Git and clone my repository: 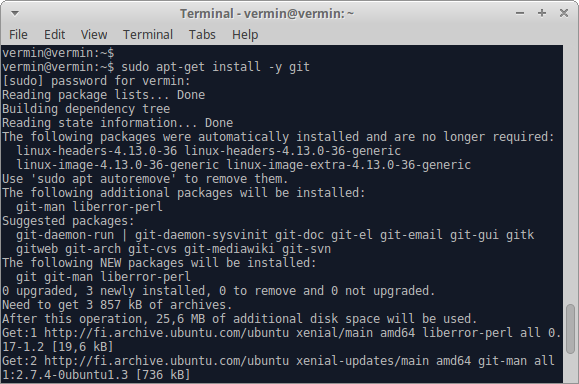 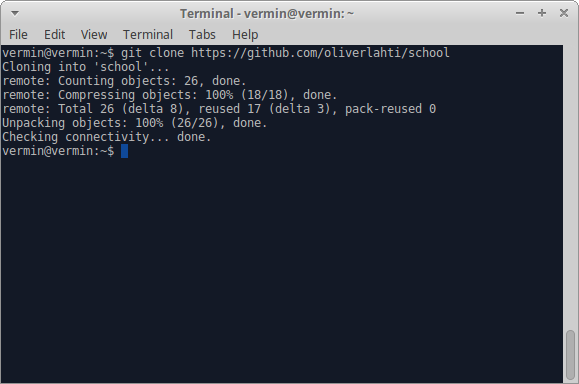 After the successful cloning, I executed the top file with “sudo bash high.sh“. The creation of the text file went perfect: 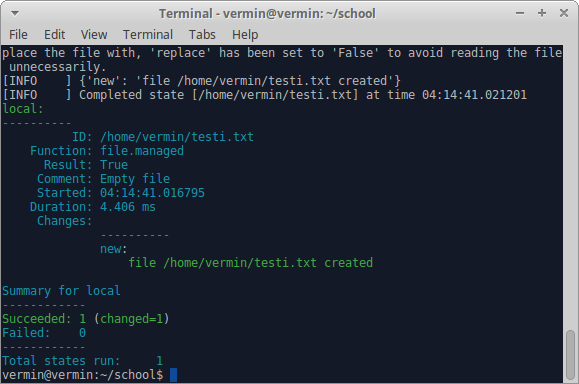 Using repositories with Git is really easy, as you can see!

Hi and welcome to my blog! I'm Oliver Lahti, an IT consultant and tech enthusiast. I write about technical implementations, news and other things happening in the IT field. My writings are mostly in English but sometimes in Finnish as well.

If you have any questions or suggestions for me you can best contact me via email, Twitter or LinkedIn!